The push coincides with this week’s 10th anniversary of the Deferred Action for Childhood Arrivals program, which provides deportation protection and work authorization for more than 600,000 immigrants who were brought to the US without authorization as children.

DACA recipients aren’t eligible for coverage under the Affordable Care Act and lack full access to Medicaid and other programs. Many lack health insurance.

“While the DACA program has been a lifeline for hundreds of thousands of immigrant youth, receipt of DACA has not ended their barriers to health services or improved health outcomes,” a new National Immigration Law Center report says.

The analysis, exclusively provided to Bloomberg Government, cites a survey of more than 1,000 DACA recipients, with more than a third saying they lacked health insurance. Almost 20% said they lost their employer-sponsored coverage during the Covid-19 pandemic.

Advocates are imploring President Joe Biden to address the coverage gap through executive action, a change that would add significant protections for young immigrants without having to go through Congress.

“This is one of the areas where Biden can actually do something that will immediately improve the lives of thousands of people and benefit all of us,” NILC Executive Director Marielena Hincapié said in an interview.

Any expansion of health-care access is likely to trigger criticism and potential legal challenges from Republican state attorneys general who already view DACA as beyond the federal government’s authority.

US Immigration Policy Dictated by GOP as Biden Thwarted in Court

DACA recipients’ ineligibility for Affordable Care Act coverage and related programs stems from a 2012 Department of Health and Human Services policy that excluded them from the agency’s definition of “lawfully present.”

Noncitizens who are considered lawfully present in the US, including many with temporary protections similar to DACA, have access to coverage under the ACA. HHS’s updated language on noncitizen access specifies that DACA recipients can’t qualify. The agency said at the time that it wanted to ensure it “does not inadvertently expand the scope of the DACA process.”

DACA recipients are also generally considered “not qualified” for public benefits such as Medicaid and other social safety net programs.

The result has been additional stress — and sometimes deferred health care — for young immigrants with DACA status, advocates say.

Flavia Negrete, a DACA recipient who lives in Maryland, recalls draining her savings to get emergency care when she had chest pains last year, just after her graduate school-linked health insurance expired. Last month, she coached herself through an asthma attack before a new employer-sponsored coverage plan began.

“I sat on my floor in my room and I just said, ‘Calm yourself down. You don’t have insurance. You are not going to the ER right now. You cannot,’” Negrete said in an interview.

Almost half of respondents in the survey cited by NILC’s report said they delayed medical care due to their immigration status. About 67% said they or their family members were unable to pay for medical expenses.

“That is the sad truth to not having access to health care,” Negrete said. A former emergency medical technician, Negrete is now applying to medical school, a dream she traces back to a childhood desire to help family members who couldn’t afford health care.

Immigrants’ rights advocates have been pushing HHS on health-care access since Biden took office. They want an update to the “lawfully present” provision for ACA coverage and new policy guidance to specify that DACA recipients are eligible for coverage under Medicaid and the Children’s Health Insurance Program.

Any HHS action is likely to renew a long-simmering debate over noncitizens’ access to public benefits. Congress issued sweeping restrictions in 1996 (Public Law 104-193), and some conservative and libertarian scholars and lawmakers have pushed for further limitations on access, arguing it would be fiscally responsible and have other societal benefits.

HHS leaders have yet to indicate whether they’ll pursue the changes, so advocates are using the 10th anniversary of DACA to ramp up pressure, Hincapié said.

NILC is also calling on Congress to pass legislation (H.R. 5227 and H.R. 3149) from Rep. Pramila Jayapal (D-Wash.) that would improve health-care access for DACA recipients and address other barriers many immigrant families experience. Neither of the bills has received committee consideration so far.

The fight to improve protections for DACA recipients comes as the overall program is under siege in federal court. A federal district court last year ruled the program is unlawful, and an appeals court is due to review the case next month. The Biden administration is rushing to reinforce the program with an update that may still fall short in court.

“Our struggle right now is both fighting at every level of government — fighting in the court, fighting in Congress and then engaging the executive branch” on behalf of immigrants, Hincapié said. “And making sure that in the meantime, while DACA exists, they should not be treated any differently than anybody else who is lawfully present.”

To contact the reporter on this story: Ellen M. Gilmer in Washington at [email protected]

Mon Jun 20 , 2022
White fragility refers to the defensiveness, denial, and invalidation that characterizes some white people’s responses to the mention of racism. For example: A friend says, “Hey, that sounded kind of racist.” Your roommate explains why white people wearing locs counts as cultural appropriation. Your professor, a Black woman, shares the […] 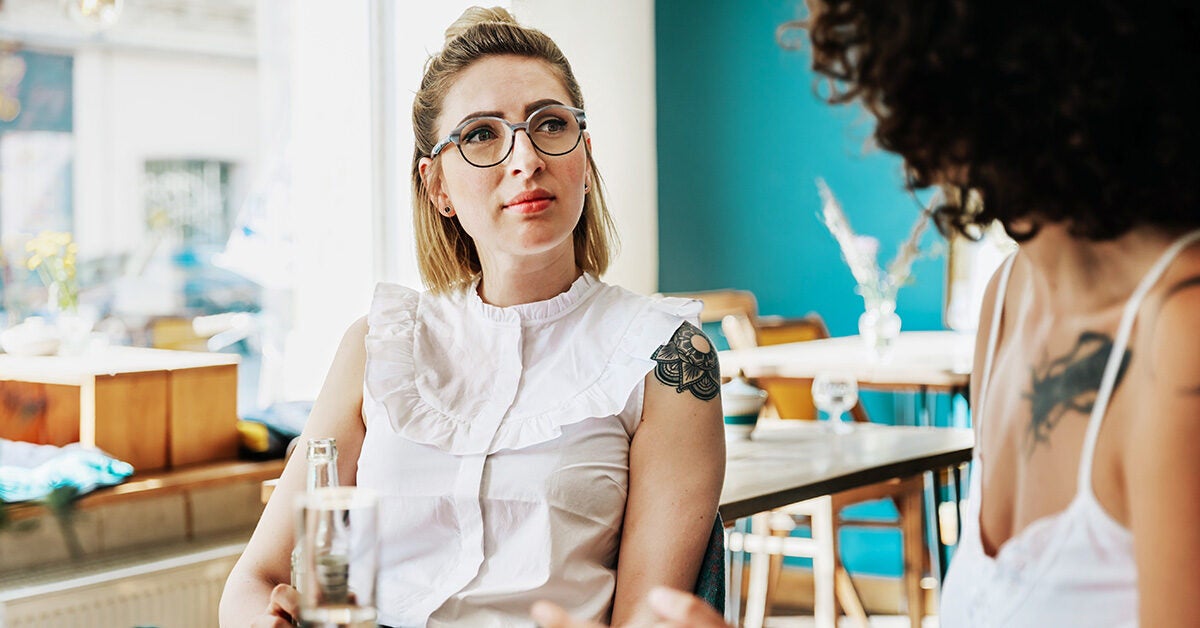