It’s the diet beloved of A-listers and Silicon Valley tech bros. One that doesn’t involve luminous green juices or cartloads of cabbage, but something simpler: spending more time each day without food.

Yet time-restricted eating (TRE) – consigning your daily consumption to a six or eight-hour window – has this week been debunked as an effective weight-loss method.

In a year-long study by Southern Medical University in China, 139 participants followed a low-calorie daily diet (1,200-1,500 calories for women; 1,500-1,800 for men) over either eight hours in every 24 or the entire day. All lost just over a stone on average, whichever strategy they followed. From waist circumference to blood glucose levels, body fat, insulin sensitivity and blood pressure, no notable distinction was found between the fasters and fast-nots.

So has intermittent fasting – on which a whole industry has been built – been exposed as a meaningless fad?

The researchers’ conclusion, that there were “no substantial differences” between either diet, does appear to send a wrecking ball through the TRE machine that has sprung up in recent years.

Whether following the typical 16:8 hour pattern, or doing intermittent fasting through the 5:2 (five days of regular eating, two days of minimal calorie intake) or even whole-day fasts, evangelism about the benefits has regularly been provided by the likes of Jennifer Aniston, George Osborne, Coldplay’s Chris Martin, Benedict Cumberbatch, Twitter founder Jack Dorsey (who “felt like I was hallucinating” after his first day-long attempt), supermodel Gisele Bundchen… and many, many more.

There have been no signs of it hitting saturation point, either, as luxe fasting clinics continue to pop up all over the world. Austria’s Mayr and Lanserhof Clinics will, for around £5,000 per week, ensure you spend 16 hours a day food-free; there are now retreats across the UK, Portugal, Thailand, Germany and beyond.

Books – many of them bestsellers – abound, too, with fasting guides from the likes of Michael Mosley and Valter Longo spending weeks atop the sales charts. Appetite is now such that hybrid TRE diets have begun to appear, with fasting combined with the likes of keto, veganism and intuitive eating all capitalising on current demand.

Until this week, research had largely seemed to be onside. Conducted primarily in animals, TRE could seemingly reduce weight and improve blood glucose, according to a 2021 paper published in peer-reviewed journal Nutrition & Diabetes; going 12-16 hours without food has also been found to catalyse cells’ autophagy (where cells repair, which happens to a lesser degree when blood sugar is high from eating).

Then there was a 2019 paper from the US National Institute on Ageing, featuring results from around 80 studies, which noted that fasting reduced fat stored in the liver as triglycerides (a type of blood fat), with periods of fasting breaking them down and converting them to energy for other tissues in the body to use, especially the brain.

Intermittent fasting has not only been confined to the pursuit of a more svelte figure, however. As obese research participants lost weight, the associated risks – of type 2 diabetes, inflammation and certain lifestyle-induced cancers – were also shown to drop.

All of this may be explained by two factors. The first is that by reducing a window in which a person can eat, they eat less overall, reducing calorie intake by an average of 300-500 daily, according to studies. Then, there are the health benefits of following your circadian rhythm. Limiting the hours in which you eat may mean fewer late nights, for instance, and thus better sleep – something that helps to keep immune function, digestion, cognition and cardiovascular activity in check.

“As a consumption-cutting tool, TRE can work, as caloric restriction will be caloric restriction, whatever time of the day you choose to do it,” says Dr Giles Yeo, principal research associate at the Wellcome-MRC Institute of Metabolic Science at Cambridge University. “But in terms of time restriction itself, universally, as a solution, it probably doesn’t work for everybody.”

So is it simply a fad worth ditching? This is where things get complex.

“I’m a believer that if you do something and it’s not dangerous, and it actually works for you, then by all means, do it – because the likelihood is, it will work for some people. Just not all,” says Dr Yeo.

The Southern Medical University research is the longest TRE study to date – but Michael Mosley, who runs the popular Fast 800 programme, which combines intermittent fasting and calorie control, is critical. He claims that those following both TRE and a calorie-controlled diet lost more weight and body fat than those only doing the latter, but that “the study wasn’t big enough for these differences to be considered statistically significant”.

Sat Apr 30 , 2022
DUBUQUE, Iowa – Learn the latest information about dairy nutrition and management at the 2022 Four-State Dairy Nutrition and Management Conference June 1 and 2 at the Grand River Center in Dubuque, Iowa. This conference features information on improving transition cow performance as well as other pertinent information. RP Nutrient’s […] 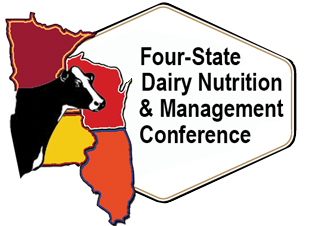