Dressing more people in white coats and calling them “Doctor” is not an effective way to overcome the nation’s physician shortage, which the Association of American Medical Colleges projects will reach between 37,800 and 124,000 doctors within just 12 years.

Already, about one-quarter of patients wrongly believe that nurse practitioners (NPs) or physician assistants (PAs) are actually physicians or say they are unsure, according to AMA survey research on truth in advertising. Meanwhile, 45% of patients say it’s hard to identify who’s a licensed physician or that they just don’t know.

Yet some have argued that nonphysicians such as NPs and PAs—who receive far less clinical training and medical education than doctors, by thousands of hours—can fill the looming gaps in the physician supply without any noticeable drop in the quality of care. However, a mounting body of research and data on the deployment of the health care workforce shows that is simply not the case.

While physician shortages in primary care and other physician specialties are projected to be widespread by 2034, they are already a problem in rural areas deemed underserved. But states where independent practice is allowed for nonphysicians such as NPs see that despite changes to state laws, they tend to practice in the same areas of the state as doctors.

There is also fear of creating a two-tiered health system, one where geography determines whether patients are seen by a physician or someone with much less medical education and clinical training.

“The AMA is deeply concerned with the notion that patients in rural and underserved areas, often a vulnerable and medically complex population, should settle for care from a health care provider with a fraction of the education and clinical training of physicians,” says an AMA Advocacy Resource Center issue brief, “Access to Care” (PDF, members only).

“All patients, regardless of ZIP code, deserve care led by a physician,” the brief adds, noting that “physician-led care is equitable care.”

How an aging nation, COVID-19 stretch the doctor workforce thin

Research using the AMA GEOMAP Series and AMA Health Workforce Mapper has shown this to be true. The AMA Advocacy Resource Center’s “Access to Care” issue brief shows that the size of the NP workforces in Wyoming and Oregon haven’t grown significantly despite both states allowing independent practice. Also, in Oregon, NPs have not moved into the state’s rural eastern half, and they continue to practice in the same more heavily populated western areas as physicians.

The AMA Health Workforce Mapper is a free, customizable, interactive tool that illustrates the geographic distribution of the health care workforce. It gives you the data needed to help ensure our country’s patients have access to quality health care. Whether looking at state, county or metropolitan area data, users can filter physicians and nonphysician health professionals by specialty and employment setting.

Rather than allowing independent practice, policymakers should pursue these proven methods to attract physicians to shortage areas:

“It has really improved our ability to manage patients who need those consultive services,” she added. “It’s as easy as rolling the robot in the room and the specialists log on, do their assessments, and they’re able to give us feedback in real time. I think it’s very viable.”

Dr. Bishof, who serves on the AMA Scope of Practice Partnership steering committee, said that granting independent practice to NPs and PAs “is definitely not the answer” to the projected physician shortage problem.

There is no comparison to the amount of time doctors spend in training, she explained, and added that the clinical training that NPs and PAs do receive is “highly unregulated,” which leads to critical gaps in their medical knowledge.

“For them to say that they’re able to have a whole panel of patients and operate independently without the support and guidance of a physician is just not going to be quality care—they just don’t know what they don’t know,” Dr. Bishof said. “So working collaboratively or in a supervisory agreement where you, a nurse practitioner, are doing intakes or follow-ups—that’s a reasonable way to utilize their training.”

The valuable work performed by physician residents should be recognized, said Dr. Bishof. She pointed to the example of the University of New Mexico School of Medicine where, after its neurosurgery residency program was shut down, the institution hired 23 nonphysicians to do the work previously done by just eight residents.

NPs and PAs order more tests and make more referrals to specialists than primary care physicians, Dr. Bishof said, leading to an overuse of resources that has no benefit to patients.

“I don’t think it’s panning out that nurse practitioners and PAs are actually saving money,” she said. “I’ve seen it, personally, where they’re making consultations to multiple different specialists and, when the patients see the specialist, they’re like: This is something that a family medicine physician could have managed on their own.”

How nonphysician costs add up

How nonphysician costs add up

A vivid example of this was recently documented in a study entitled “Targeting Value-based Care with Physician-led Care Teams” that was published in the Journal of the Mississippi State Medical Association.

Physicians at South Mississippi’s Hattiesburg Clinic examined their accountable care organization (ACO) cost data they received from the Centers for Medicare & Medicaid Services (CMS), and they discovered that the care provided by nonphysician clinicians working on their own patient panels was more expensive than care delivered by doctors.

A private multispecialty clinic with more than 300 physicians, Hattiesburg Clinic is a member of the AMA Health System Program.

The 2017–2019 CMS cost data on Medicare patients without end-stage renal disease and who were not in a nursing home showed that per-member, per-month spending was $43 higher for patients whose primary health professional was a nonphysician instead of a doctor. This could translate to $10.3 million more in spending annually if all patients were treated by nonphysicians, according to the study. When risk-adjusted for patient complexity, the difference was $119 per member, per month, or $28.5 million annually.

The higher cost was traced to a combination of several factors that included more ordering of tests, more referrals to specialists, and more emergency department use.

Read more about the lessons learned by Hattiesburg Clinic physician leaders in this news article, “Amid doctor shortage, NPs and PAs seemed like a fix. Data’s in: Nope.”

Patients need to know the differences in education and training among physicians, physician assistants and nurse practitioners, said Dr. Bishof, of the Illinois State Medical Society.

“That is definitely an issue because a lot of patients don’t even realize that they’re seeing someone who’s not a physician,” she said. “They go in, make their appointments, and they think everybody in a white coat is a doctor. They have no idea.”

Who holds the stethoscope

Who holds the stethoscope

Legislation recently enacted in Indiana will precisely address the truthful identification of who is at the other end of the stethoscope or, increasingly nowadays, on the other side of the telehealth consult screen. Meanwhile, Hoosier policymakers also are thoughtfully undertaking both short- and longer-term approaches to boost the state’s doctor workforce.

“I’m a small-town family doc, so I know that a big challenge we have is that we lack a lot of rural primary care,” said Dr. Struble, an AMA member. “The argument is that we’re not filling that with physicians. We need to have more primary care, so let’s fill it with other nonphysician types of professionals.”

Indiana has chosen a different direction. Keeping the medical liability environment “well in hand” is one way to address shortages by making Indiana an attractive place to practice medicine, Dr. Struble said. Another strategy that has long- and short-term implications has been additional state funding for graduate medical education (GME).

Indiana was losing 133 graduating medical students who went elsewhere for their residency training. This led to the creation of a state GME Board in 2015, which has since added more than 330 residency slots.. Last April, the state appropriated $4 million for GME in fiscal year 2022 and $5 million for fiscal year 2023.

In the long term, this could help ease the state’s physician shortage since many new doctors tend to start their careers near where they trained. In the short term, the new residents have already provided 176,000 hours of primary care since the creation of the GME Board, according to the Indiana Physician Coalition.

The coalition, which was supported by a pair of AMA Scope of Practice Partnership grants, successfully lobbied Indiana lawmakers to pass Senate Bill 239, which was signed by Gov. Eric Holcomb this spring. The law has two parts:

The law is consistent with the AMA’s Truth in Advertising campaign, which is designed to ensure that health professionals clearly and honestly state their level of training, education and licensing. Patients deserve to have this information when in face-to-face encounters, utilizing digital health, as well as when they read health professionals’ advertising, marketing, and other communications materials.

Dr. Struble said emphasizing the differences in training required of physicians compared with other health professionals helped carry their truth-in-advertising bill to passage.

ISMA made sure Indiana patients and legislators knew the differences in education and training required of the different health professionals and widely circulated the following facts:

Many patients may not appreciate the distinctions between physicians and other health professionals, Dr. Struble said. “But if you ask them: ‘Would you rather have someone treating you who has 10,000 hours of experience or 2,000?’ They’re going to say 10,000.”

What Is a Stock Buyback? Definition & Effects

Fri Apr 22 , 2022
Stock buybacks are usually viewed as a positive signal by the market.  Abbe Sublett via Unsplash; Canva Contents What Is a Stock Buyback? When a publicly traded company repurchases outstanding shares of its own stock on the open market (or directly from existing shareholders), this is known as a stock […] 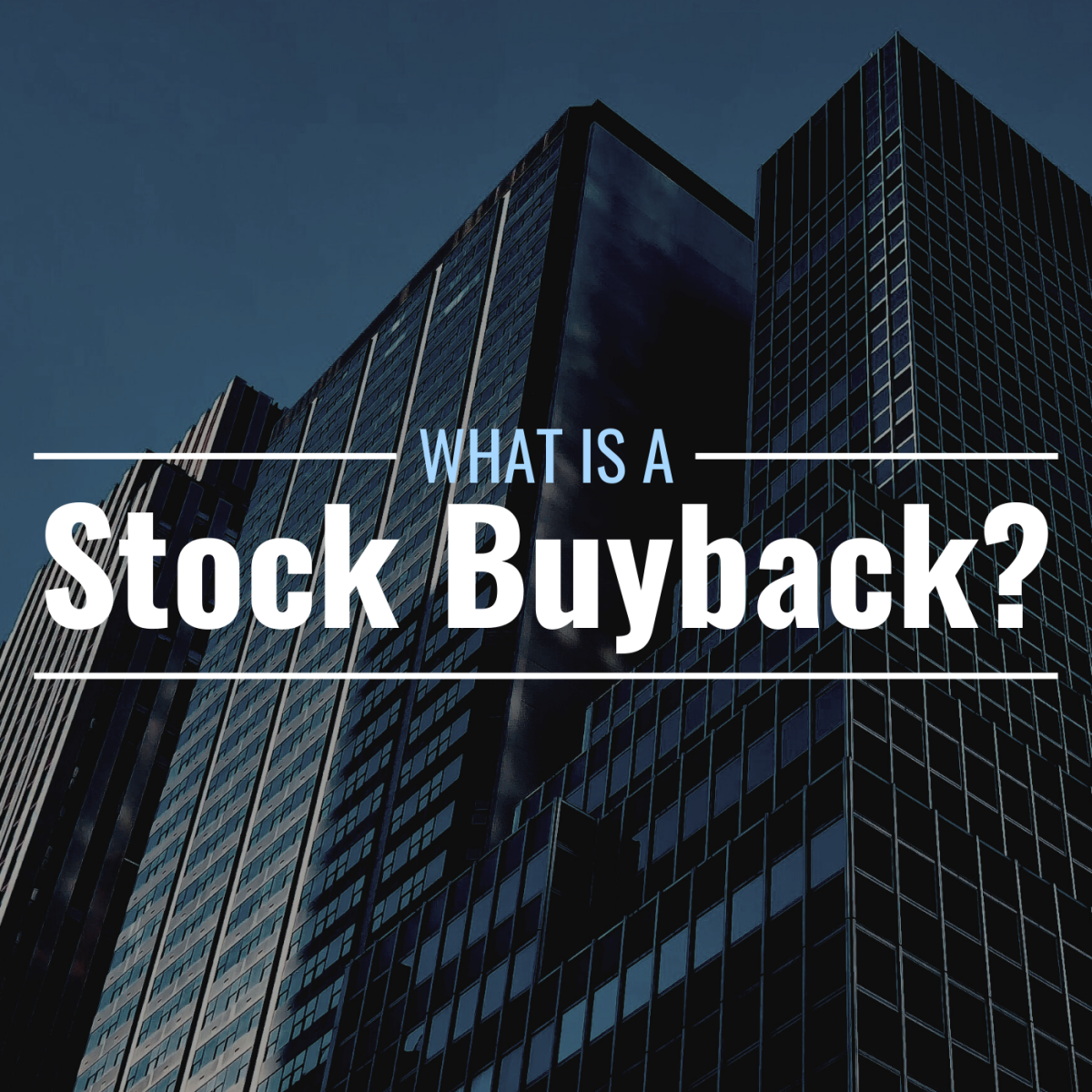