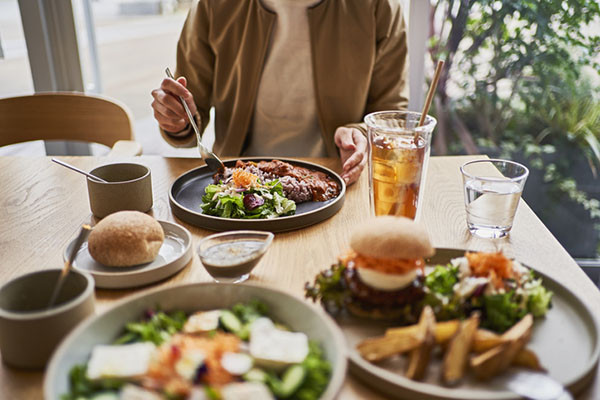 Being a vegan is nothing new, but even 10 years ago it would have gotten eye rolls, and it was a lot of work for a vegan to find acceptable meat-free and dairy-free meals. Now the dynamic has shifted: grocery stores have shelves of frozen vegan burgers, and restaurants denote meat- and dairy-free items with the green V.

Veganism has become hip, in addition to having potential health benefits, like improved heart health and weight loss, from cutting out animal products and increasing vegetables. But it’s a big dietary change, and merely announcing, “I’m vegan” doesn’t take away the lifestyle challenges that can entail.

“It’s not magic. It’s a hard thing to do,” says Eric Rimm, professor of epidemiology and nutrition at the Harvard T.H. Chan School of Public Health.

Plus, vegan doesn’t automatically equal health. French fries (cooked in vegetable oil) and soda fit the definition. “Being vegan does not relieve you of the responsibility of making good nutrition choices,” says Meir Stampfer, professor of epidemiology and nutrition at the Harvard T.H. Chan School of Public Health.

The first big question when going vegan is how you will make those wise nutrition choices.

Understanding your why and motivations

With any kind of change, the stronger and more personal your reason, the more likely you’ll stick with it. When deciding to be a vegan, there can be an ethical and even an emotional component of concern for animal welfare and the environment. Those things mean something to you, and you’re not going to eat, wear, or use any animal products because you consider that inhumane. It will probably make you go all-in from the start, and your deeply held belief and devotion to a bigger cause won’t make giving up certain foods feel like a loss.

But what if better health is your primary reason for going vegan? The elimination of animal products and dairy means a reduction in saturated fats and sodium, which can help with losing weight and/or preventing weight gain, and can reduce the risks of cardiovascular disease, blood cholesterol, and diabetes, Stampfer says.

With a lifestyle and health-oriented goal, you’re in control of how and when you go about your transformation. There are no deadlines to meet to be vegan. It’s about a way to eat — your way to eat — and it’s fine to do at your own pace, since an immediate overhaul can feel too sudden and restrictive and might make you quit after a few weeks. To some people, “It feels like you’re being punished,” Rimm says.

It can also feel overwhelming to think about giving up long-loved foods forever. Instead, start by being vegan with just breakfast only two days out of the week. Or you could give up chicken and see how that feels, then eventually give up red meat or ice cream and keep slowing or eliminating old foods over several months. And at some point, maybe even a couple of years later, you realize, “Hey, I’m a vegan.”

And still, you can decide that once a week, you’ll have feta cheese on your salad because it makes everything taste good. Is it being a “classic” vegan? No, but you can define it — and just call your approach plant-based, plant-forward, or whatever you want to align with your ultimate goals. “There’s no police,” Stampfer says.

Preparation is key when trying a new way of eating. Find appealing vegan recipes in cookbooks or on websites, or set up a food subscription service, and at the beginning line up two weeks of meals so what you’re going to eat isn’t a constant scramble and daily stress, Rimm says.

And then ask some questions of your life:

None of the answers are disqualifying, but you can identify potential pitfalls and get a handle on how you approach food. And the last question is key, since having support when making a change can help smooth the transition and make you feel less alone in the attempt. “It prepares people for what they’re up against,” Rimm says.

Health caveats and choices when trying a vegan diet

It’s one thing to give up animal products, and that move can lead to health improvements, but it’s just as important to know what you’re replacing those items with. And the prescription for being vegan isn’t much different from any healthy diet. You want to choose whole grains and avoid refined foods and sugar, so your blood sugar doesn’t spike and you’re not feeling hungry again soon, leading you to eat more, gain weight, and potentially develop diabetes, Stampfer says.

You also want to eat good fats. Fats took a beating in the 1980s and ‘90s, and they still carry an unfair stigma of being unhealthy. But only certain ones are, such as the already-mentioned saturated fats. The goal is to minimize — not eliminate — them, since that isn’t possible, Stampfer says. Instead, use mono- and polyunsaturated ones, like olive oil, nuts, and avocados, which are calorically dense and provide a measure of satiety.

One concern with eating vegan is getting ample B12. The vitamin mostly comes from animal sources, and is essential in forming red blood cells and DNA and in the development and function of brain and nerve cells. Rimm says to inform your doctor about your new diet and have your B12 levels checked to get a baseline, and then supplement with a daily amount (around 2.4 micrograms). This is not an issue to treat casually. “You’d die without adequate B12,” Stampfer says.

But here’s one thing that’s not such a worry: protein. It might seem to be, because animal products (i.e., meats) are gone, but tofu and beans are well-known substitutes, and vegetables and grains also are sources, along with nuts and avocados. As Stampfer says, “We don’t need as much as we think. It’s rare to see people who don’t get enough protein.”

It might be something to be mindful of, and it’s something that might be foremost on your mind at the beginning when you’re adjusting. But is it a reason not to make the switch? That again goes back to your motivation, and whether it’s a desire to protect animals or a way to live with more energy, then you probably can find alternatives, and rather than feel dread, enjoy the experimentation that comes from choosing to do anything new.

What's the difference between veganism vs vegetarianism?

Wed May 25 , 2022
Most people can broadly describe the difference between veganism vs vegetarianism. The basic principles behind these diets are similar: both involve eating a plant-based diet, whether that be for environmental, ethical or religious purposes. But while vegetarians only exclude meat from their diets, veganism is more restrictive and involves wider […] 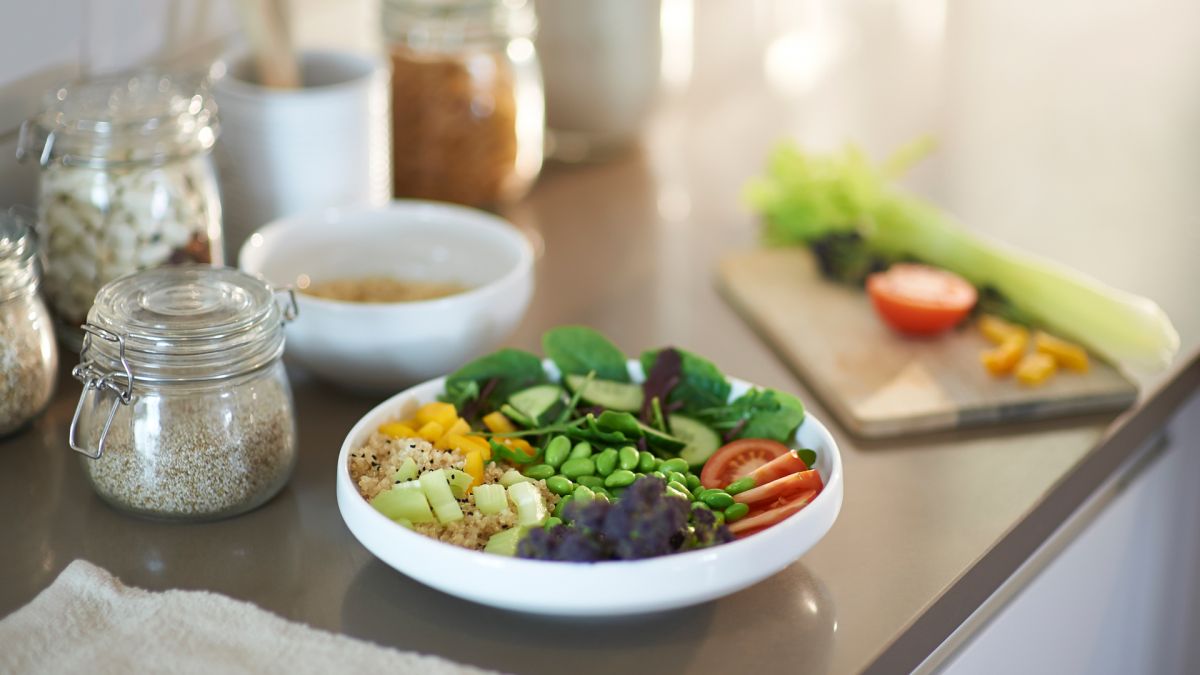