How did you get your start in a career in the NFL?

I started my career in sports nutrition about 20 years ago. I graduated with a nutrition degree and went straight into hospital work. Within six months, I realized that wasn’t for me and that I wanted to work with healthy people. The University of Florida had an internship in its sports nutrition department. It was a lot of hours and not nearly enough money, but it was a foot in the door, so I applied. I got the job, and within six months, they hired me full time. For the first five years of my career, I was at the university level.

I come from a long line of entrepreneurs and knew I wanted to have my own private practice. I opened it and was working with anyone from high school athletes to Olympic athletes, PGA tour guys — anyone who was working independently. Then Tom Myslinski, then the Jaguars’ head strength and conditioning coach, contacted me and said they had been looking for a nutritionist and that my name kept popping up. He asked, “Would you mind coming in to chat with me?”

I went to the facility thinking it was going to be a 30-minute chat, and five hours later, I had talked to him, the general manager, head coach — pretty much everyone in the building — and I had a job. I came in once a week to do consulting. Within two years, I was hired full time. So since starting in April 2014, I went from being a consultant to having an entire department with an assistant, and we’re growing each year a little bit more. It’s been great.

When you first signed on full time with the Jaguars, what did your role look like?

Let’s say you have 100 players — about 30 are super into nutrition, 30 are in the middle of the road who need a little bit of guidance but have a handle on it, and the remaining third are the genetic freaks who have eaten burgers and chicken wings their entire lives and don’t see the point in changing. You pick your battles. When I first started, I knew how to approach the job because I had worked with 500 athletes at once at the University of Florida. So instead of making meal plans for every single player, we would identify red-flag players — guys who are always cramping or continually pulling their hamstrings or suffering injuries — with the strength and athletic training staffs, and I would seek those guys out, gain their trust and help them figure out a plan in terms of their nutrition.

The other part of the time, I would help the kitchen with meals that are actually advantageous for our players. Instead of having chili cheese dogs before practice, trying to find healthier options. Then on game days, there are a lot of players who deal with gastrointestinal issues. Although many of them don’t want to admit it’s nerves, a lot of them will have GI, upset that they think it’s from what they ate the night before. So there is a lot of educating and helping them find what alleviates the issue if they know this is happening every week.

You mentioned expanding your department. What is your daily schedule now that you have more help?

A third of my day is meetings with the coaching staff, strength coach and trainers, and with that comes lot of administrative duties now. Another third is being around during mealtimes and seeing where guys are at. If I go up to breakfast and see a player eating just two pieces of bacon, I’ll check in with him and see what’s going on. Then the last part is popping out to practice and doing research about new hydration or other nutrition products or testing.

The Blind Spot in Medicare for All

Tue May 17 , 2022
Debra Smith holds her medical bills in her living room on Thursday, October 7, 2021, in Spring Hill, Tenn. Smith figures she has around $10,000 in unpaid medical bills from a string of hospital stays over the past year, even though she has coverage through Medicare. She hasn’t been able […] 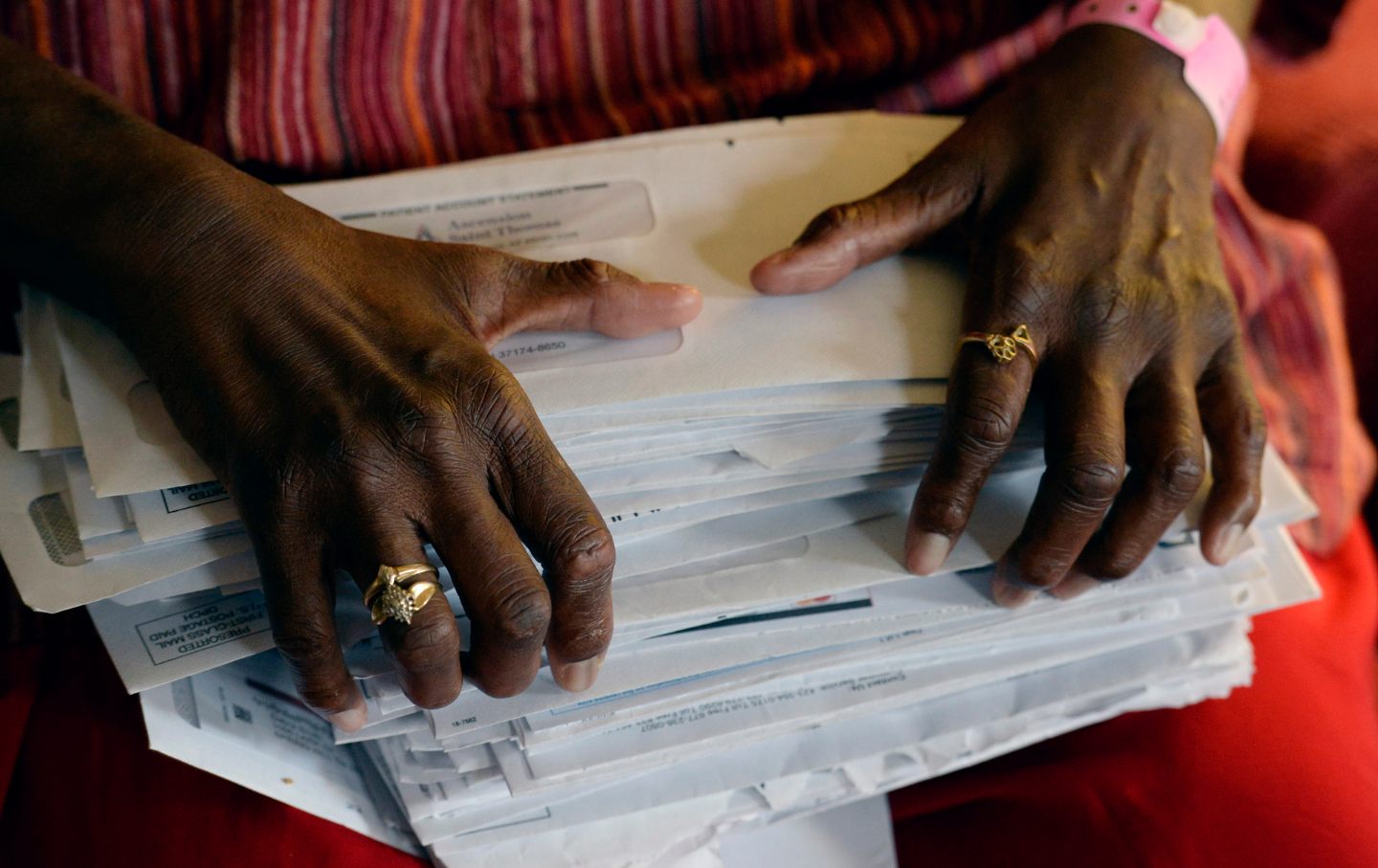