Judith Pomeroy has regular panic attacks, nightmares, and sometimes feels like she just has to get through hour by hour.

The north Queensland woman needs to see her psychiatrist but she has not been able to all year because, she said, a Medicare change made it unaffordable.

“It’s taken so much of my life away,” Ms Pomeroy said.

“It’s taken quality of life because I’m having more panic attacks and my PTSD is surfacing.”

Psychiatrists say the Medicare cut has forced hundreds of patients to cancel or scale back their appointments, leading to the worst outcomes for patients some say they have ever seen.

Ms Pomeroy from Mackay had seen her psychiatrist on an almost monthly basis for the last three years for chronic anxiety and Post Traumatic Stress Disorder (PTSD).

But like other patients across rural and regional Australia, she said she was sprung with the news she would no longer have access to bulk-billed psychiatry appointments over telehealth.

“I went into shock,” she said.

“It put me in a tailspin where I thought, ‘What am I going to do now?'”

In January, a 50 per cent loading — known as item 288 — for psychiatrist video consultations for rural and regional patients was cut from the Medical Benefits Scheme (MBS).

Brisbane-based psychiatrist Dr Bawani Marsden said the last five months had been devastating for patients as psychiatrists were left to choose who, if anyone, they could bulk-bill without the extra loading.

“It’s almost like Noah’s ark where you’re deciding who you want to take with you and who you don’t mind sinking and drowning,” he said.

The option to bulk-bill patients remains. But without the extra loading, practices say it is unviable to provide to everyone.

A rebate for patients was still available, but Dr Marsden said about half of her rural and regional patients had cancelled because they now could not afford care.

“Almost a decade we’ve had that support and within a couple of weeks there was an announcement that it’s going to be removed,” she said.

“We’re talking about a peak time here, we’re coming out of COVID … and they’ve taken away a lifeline.”

The federal government said the item was introduced to encourage psychiatrists to use video consultations, and the subsequent uptake of telehealth showed the incentive was no longer needed.

“To be clear, item 288 was a loading item that was available to psychologists using telehealth, not a service,” a spokesperson for Health Minister Greg Hunt said.

“To claim access has been cut is patently false.”

“For our patients, it’s gone from this seamless, private, de-stigmatised way of accessing mental health services to now … ‘what’s available?'” she said.

“It’s the worst I’ve ever worked under for the outcomes of these people.”

Ms Eastwell, from Paul Hopkins Medical Clinic in Mackay, worked closely with a number of psychiatrists to help more than 200 local patients access the telehealth appointments.

She said they had cancellations “left, right, and centre”.

“It’s distressing because I know how ill some of these people are,” she said.

“We’ve been scrambling to find alternatives ever since. But some are still falling through the cracks.”

A spokesperson for Greg Hunt said the government had made telehealth universal and permanent and that telehealth consultations for psychiatry had climbed this year.

A statement from Mr Hunt’s office said there were 150,500 telehealth consultations in the first two months of the year, up from 14,000 for the same period in 2020.

This has not been Judith Pomeroy’s experience.

Having saved for months to finally see her psychiatrist this week, she said her mental health had regressed to “square one” in the last five months.

“It’s taken away everything I’ve achieved in all my times of having those appointments,” she said.

“It’s like I’m back at the beginning, it makes you feel like you’ve wasted all that time and you don’t know if you’re going to be able to go forward … or do I just forget all about it?”

For fellow Mackay woman Linda (who did not want her surname used), it feels like an abandonment of rural and regional patients.

Linda stopped accessing the telehealth service prior to the change, but she said the support she received was “second-to-none” and helped her immensely in dealing with bipolar and borderline personality disorder.

“My experience was nothing but positive, so amazing and streamlined,” Linda said.

“To have a service pulled away when there’s already lacking mental health services in the regions, it just makes no sense to me.”

The Coalition committed a further $650 million in funding for mental health in March’s budget, which Labor has said it would honour.

With the federal election looming, Labor has also pledged to reintroduce item 288.

Minister Greg Hunt said the change was made to reflect recommendations by the MBS Review Taskforce.

But the Royal Australian and New Zealand College of Psychiatrists (RANZCP) has campaigned against the move and said the taskforce recommended finding an alternative solution which had not been done.

“We have put forward a number of solutions including a bulk-billing incentive … for people with affordability issues,” said RANZCP’s president Associate Professor Vinay Makra.

“Some of our patients are the most vulnerable in society and the government must look at that vulnerability factor.”

“If they do not receive that support from a psychiatrist … some will become unwell, and needing admissions to hospital [would] put additional impost on health and hospital systems that are already stressed.”

How employers can offer inclusive benefits for today’s families

Sat May 21 , 2022
A 2019 survey shows that non-traditional families, including single parents, LGBTQ+ parents, and grandparents raising grandkids, are redefining what families look like. Today’s definition of family stretches well beyond the traditional make-up of mom, dad and the 2.5 kids. According to the U.S. Census Bureau’s American Community Survey in 2019, […] 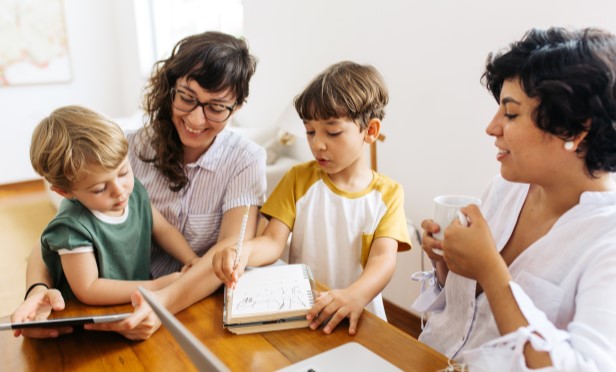