A drug approved to treat Type 2 diabetes is extremely effective at reducing obesity, according to a new study.

The drug, called tirzepatide, works on two naturally occurring hormones that help control blood sugar and are involved in sending fullness signals from the gut to the brain.

Researchers noticed that people who took the drug for their diabetes lost weight. The new trial focused on people who have obesity without diabetes and found even more weight loss.

Those taking the highest of three studied doses lost as much as 21% of their body weight – 50-60 pounds in some cases.

Nothing has provided that kind of weight loss except surgery, said Dr. Robert Gabbay, chief scientific and medical officer for the American Diabetes Association. The full study was presented Saturday at the ADA’s annual convention in New Orleans and simultaneously published in The New England Journal of Medicine.

Another obesity treatment approved last year called semaglutide, from Novo Nordisk, provides an average of up to about 15% weight loss. Previous generations of diet drugs cut only about 5% of weight and many carried prohibitive side effects.

“We’ve not had tools like this,” Gabbay said. “I think it’s really exciting.”

For most of the trial participants, side effects from tirzepatide were not serious, said Jeff Emmick, vice president of product development for the diabetes division of drug giant Lilly, which makes the drug.

About 15% of participants who received the active drug dropped out of the 72-week trial, about a third because of gastrointestinal side effects. Twenty-six percent of trial volunteers who received a placebo dropped out. Emmick said he thinks they may have been frustrated by their lack of weight loss.

On May 13, the Food and Drug Administration approved tirzepatide, under the trade name Mounjaro, for the treatment of Type 2 diabetes.

Tirzepatide is not available for weight loss, but Lilly hopes to have an updated timeline from the FDA this year, Emmick said. Before approving the drug for weight loss, the regulatory agency may want Lilly to complete other studies underway examining tirzepatide in people with obesity and diabetes and the addition of lifestyle changes to the drug regimen.

Weight loss of 15% to more than 20% has the potential to change the way doctors treat diabetes, Gabbay said, from focusing on reducing blood sugar to aiming for total remission.

A previous study of tirzepatide in diabetes showed that half the participants who were early in the course of their diabetes went into remission while taking the drug.

“That is a potential game changer in how we think about therapy for people with Type 2 diabetes,” Gabbay said.

What’s not known, Gabbay said, is whether remission achieved this way will reduce the typical complications of diabetes, which can include cardiovascular disease, nerve and kidney damage and limb amputations.

It’s also unclear whether tirzepatide will provide the cardiovascular benefits that semaglutide does, said David Rind, a primary care physician and chief medical officer for the Boston-based Institute for Clinical and Economic Review.

It would be helpful, Rind said, to run a head-to-head trial between the two drugs to see whether there are any differences in their health benefits.

“The question is, is tirzepatide a step better than all those (other weight loss) drugs?” Rind said. “There’s certainly reason to think it might be, but I don’t think it’s been proven yet.”

It certainly has made a difference for Mary Bruehl, 63, of Norman, Oklahoma.

She joined the diabetes trial for tirzepatide in August 2019 because she’d heard weight loss might be a drug side effect. After years of her “doing everything right,” Bruehl’s diabetes and weight control slipped.

A hip replacement nearly immobilized her, which led to weight gain and a lack of energy. “It just seemed like there wasn’t anything I could do to get it off,” said Bruehl, an attorney. “My stomach didn’t know an end to all the food in the world.”

Diagnosed with fatty liver disease in June 2019, a worried Bruehl began skipping breakfast – except for coffee – to cut down on calories and lose a little weight.

Starting tirzepatide that September, she shed 5 to 10 pounds a month. By July 1, 2020, she’d lost nearly 60 pounds, giving her one of the best results seen from the drug.

The more Bruehl lost, the better she felt and the more she was able to resume weekend hiking and other physical activities, she said, which helped her feel even better.

The drug prevented her from overeating, Bruehl said. If she overindulged, the food would come back up. “I’ve learned to stop before I get that feeling,” she said.

Bruehl no longer needed metformin for her diabetes, and her fatty liver resolved. The one negative side effect was nausea, which Bruehl felt the day after each of her weekly shots of tirzepatide. An anti-nausea pill in the morning took care of it, she said.

The biggest challenge for Bruehl was adjusting to how differently people treated her after the weight loss. “I went to some counseling about body image and to work through some of the issues I was having,” she said, needing time to accept what she was seeing in the mirror and to stop reacting with anger to comments about her new figure. “It took a little while to get comfortable in my own skin again.”

Bruehl started dating after being single for many years and now has a long-term partner.

“I feel more well-rounded. I feel like I’m more myself now,” she said. “This trial gave me back my life.”

The new tirzepatide trial, called SURMOUNT-1, included more than 2,500 volunteers who either met the medical definition of obesity, having a body mass index of 30 or above, or had a slightly lower BMI but at least one weight-related health problem.

The average BMI for participants was 38, 70% were white and nearly as many were female. Nearly everyone on the drug saw an improvement in blood sugar, blood pressure and lipid levels. The trial started in December 2019 and was completed despite the COVID-19 pandemic.

Dr. Ania Jastreboff, an obesity medicine specialist at Yale Medicine, who helped lead the trial, said her patients responded in a variety of ways to tirzepatide, just as they would to any other medication, including some who got no benefit at all. Nine out of 10 lost weight, and on the highest dose, 15 mg, they lost an average of 52 pounds each.

Medicines such as semaglutide and tirzepatide “are enabling us to actually take care of our patients the way we need to be taking care of them,” Jastreboff said. “They effectively reregulate biology and help people restore their body weight.”

Jastreboff said she’s been able to help most of her patients through the side effects of the newer weight loss drugs, either by cutting back on certain foods or by eating less overall. “If you eat past the point of fullness” on these medications, she said, “you’re going to feel like you ate three Thanksgiving dinners.”

Jastreboff said she often has to help patients through the self-blame they feel for carrying extra pounds. She sees obesity not as an individual’s fault but as a fight against biology’s drive to hold on to extra pounds. “These medicines target that physiology safely and effectively,” she said.

Patients will need to continue on weight loss medications, just as with drugs to treat other chronic conditions, such as diabetes, high cholesterol and high blood pressure, she said. It’s possible that once they maintain a lower weight for a certain period, they’ll be able to take a lower dose or even cut the medication completely, but that needs to be studied, she said.

One impediment for many people will be the price of weight loss drugs.

It’s too soon to know what price Lilly will set for tirzepatide. Mounjaro, the same drug used to treat diabetes at the same doses, retails for almost $1,000 a month.

Semaglutide went on the market last year for weight loss and has been in short supply ever since, Rind said. It costs about $1,600 a month for the 2.4 mg weight loss dose, which is higher than the 1 or 2 mg doses used to treat diabetes. Like other weight loss drugs, semaglutide isn’t covered by many insurance plans.

“Access and cost – that is something that as providers we work on every day,” Jastreboff said.

Bruehl started on a low dose of semaglutide to treat her diabetes and the weight that has begun to creep back. Insurance covers all but about $30 a month.

“This is going to take a lifetime dedication,” she said.

Fri Jun 10 , 2022
Share this Article You are free to share this article under the Attribution 4.0 International license. The results of a clinical study offer the first indication that ketogenic diets may be safe and effective for people with polycystic kidney disease. Thomas Weimbs, a biochemist at the University of California, Santa […] 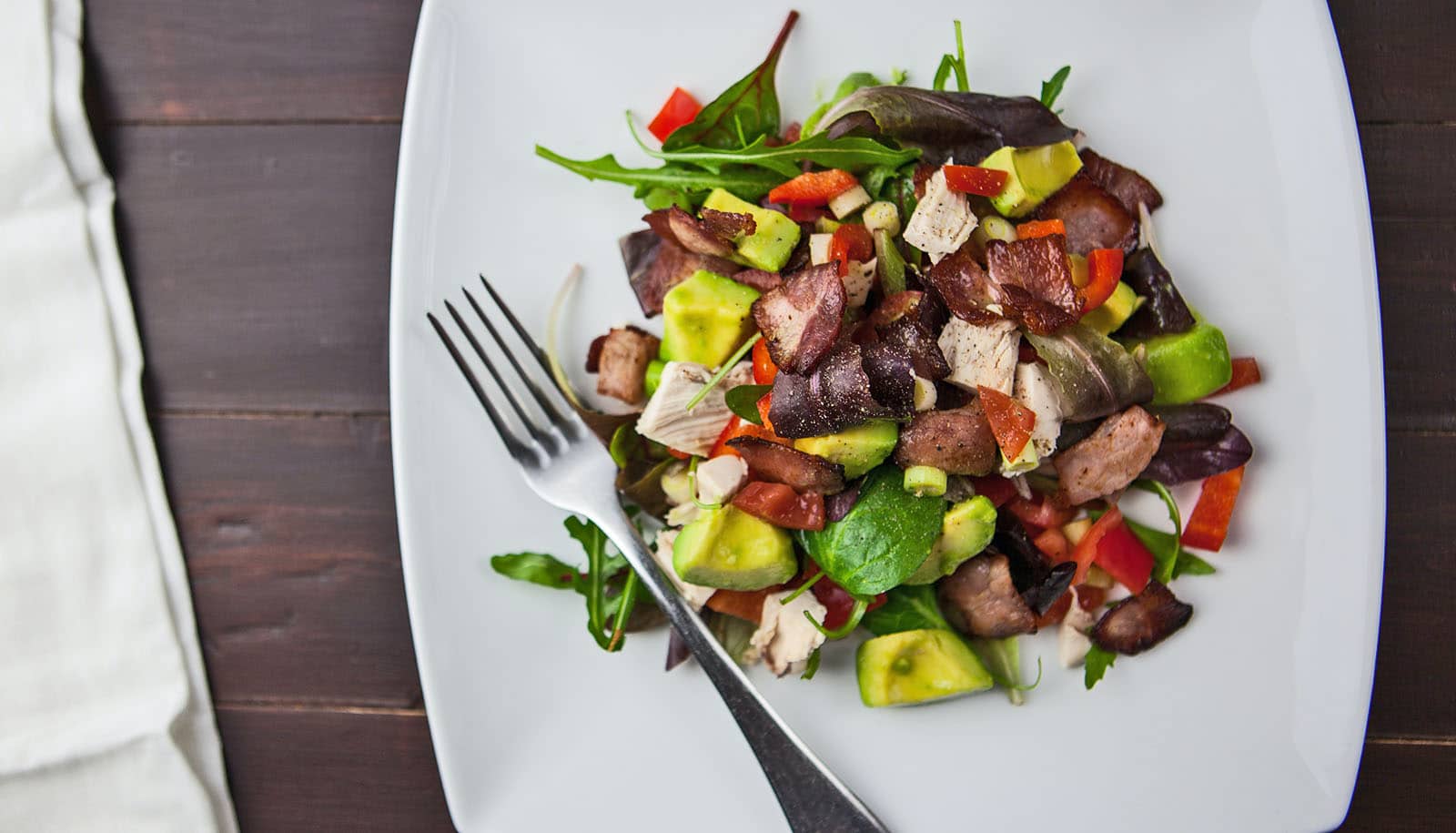