Due to its distinctive flavor and creamy texture, coconut milk can add a nice twist to coffees, protein shakes and desserts. Although it’s nowhere near as popular as other plant-based milk alternatives in the US, it retains a loyal fan base.But how nutritious is this drink? And can it bring about any tangible health benefits?

Coconuts are well-known for their high saturated fat content. For decades, this nutrient has been linked to the obesity epidemic and a host of chronic diseases. However, recent years have seen a steep increase in studies (opens in new tab) challenging these findings, and even contradicting them.

If you feel confused, don’t worry. In this article, we’ll discuss the nutritional value and potential health benefits of coconut milk to help you decide whether it is the right plant-based alternative for you.

There are two types of coconut milk – canned and cartoned. Whilst they’re made out of the same ingredient, they differ in terms of consistency, nutritional value, storage ability and culinary uses.

Canned coconut milk is a thick, white liquid extracted from coconut ‘flesh’. Because it’s canned and sealed in a sterile container, it’s shelf-stable and comes with a longer expiration date than coconut milk in a carton. It also doesn’t need to be refrigerated. Canned coconut milk is much higher in fat than other types of milk, and as such, is primarily used as a cooking ingredient. It is a common staple in many South Asian cuisines and is frequently used to make curries.

Coconut milk from a carton is a watery, white liquid extracted from coconut ‘flesh’ and typically enriched with vitamins, minerals and added sugars. It’s used primarily as a milk alternative in coffees, smoothies, shakes and cereals. As opposed to canned coconut milk, the cartoned version contains significantly less fat and more water, and in most cases, it has to be refrigerated before and after opening.

How long does coconut milk last?

Just like dairy milk, coconut milk from a carton can be divided into two categories: UHT (ultra-high temperature)/shelf-stable and fresh/refrigerated. The UHT drinks undergo extensive heat processing to increase their shelf-life, whereas the refrigerated ones don’t. As a result, they come with different use-by dates and storage guidelines.

Shelf-stable coconut milk typically has a shelf life of six to 12 months. The refrigerated ones tend to have much shorter use-by dates – usually a couple of weeks from when they were produced – and stay fresh for about a week after being opened.

What are the health benefits of coconut milk?

When not accounting for water, saturated fat is the main ingredient in coconut milk. For several decades, saturated fat has been considered to be one of the biggest contributors to obesity, cardiovascular diseases and degenerative conditions. However, more studies (opens in new tab) are beginning to contradict this, pointing to the fact that the correlation between cardiometabolic conditions and saturated fat consumption remains weak.

There is also growing evidence suggesting that fatty acids found in coconut oil – lauric acid and medium-chain fatty acids in particular – may actually be beneficial for our health. According to a review published in the Journal of the Science of Food and Agriculture (opens in new tab), lauric acid has been shown to exhibit significant antibacterial and antiviral properties, whilst medium-chain fatty acids, which resemble the fats found in human breast milk, may play an important role in regulating blood lipids, improving cognitive function, fighting free radicals and reducing inflammation, as well as decreasing the risk of developing type 2 diabetes and several types of cancer.

When compared to animal fats, regular consumption of coconut oil may lead to lower levels of ‘bad’ low-density lipoprotein cholesterol and higher levels of ‘good’ high-density lipoprotein cholesterol, as indicated by the results of a meta-analysis published in Nutrition Reviews (opens in new tab). However, it’s worth noting that another meta-analysis published in Diabetes & Metabolic Syndrome (opens in new tab) points to more adverse effects of coconut oil on cardiometabolic health.

What’s more, according to a review published in the International Journal of Food Science (opens in new tab), coconut milk contains several compounds that may provide protection against damage to lipids, proteins and DNA strands. This drink also tends to be enriched with calcium, vitamin B12 and vitamin D, which can help vegans to top up the intake of these nutrients without resorting to additional supplementation. Unsweetened coconut milk is largely devoid of carbohydrates and sugars too, making it a good choice for people on low-carb diets.

According to Statista (opens in new tab), almond milk is the most popular plant-based milk alternative in the US. Unsweetened almond milks tend to have far fewer calories as well as much lower fat and protein contents than coconut milk. When it comes to nutrient values, they’re roughly comparable in both drinks, although this obviously varies between brands. As such, almond milk may be a better option for people whose primary goal is weight loss, whereas coconut milk would suit individuals who are after a more substantial drink.

Both almond and coconut milk perform well in a variety of meals and drinks. However, coconut milk tends to have a stronger taste and more overwhelming aroma that may overpower other ingredients, so it may need to be used more sparingly in cooking.

From an environmental perspective, the impact of growing coconuts and almonds is fairly similar in terms of their water and land use, according to a review published in the Global Food Security (opens in new tab) journal. So it really comes down to your health goals and personal preference.

Mediterranean Diet vs. Keto: Which Is Better?

Wed Jun 1 , 2022
Based on the traditional diet patterns of countries including Italy, Spain, and Greece, the Mediterranean diet was first defined by physiologist Ancel Keys in the 1960s (1). Meanwhile, though the ketogenic (keto) diet was introduced in 1921 as a treatment for epilepsy, it has only gained traction among the general […] 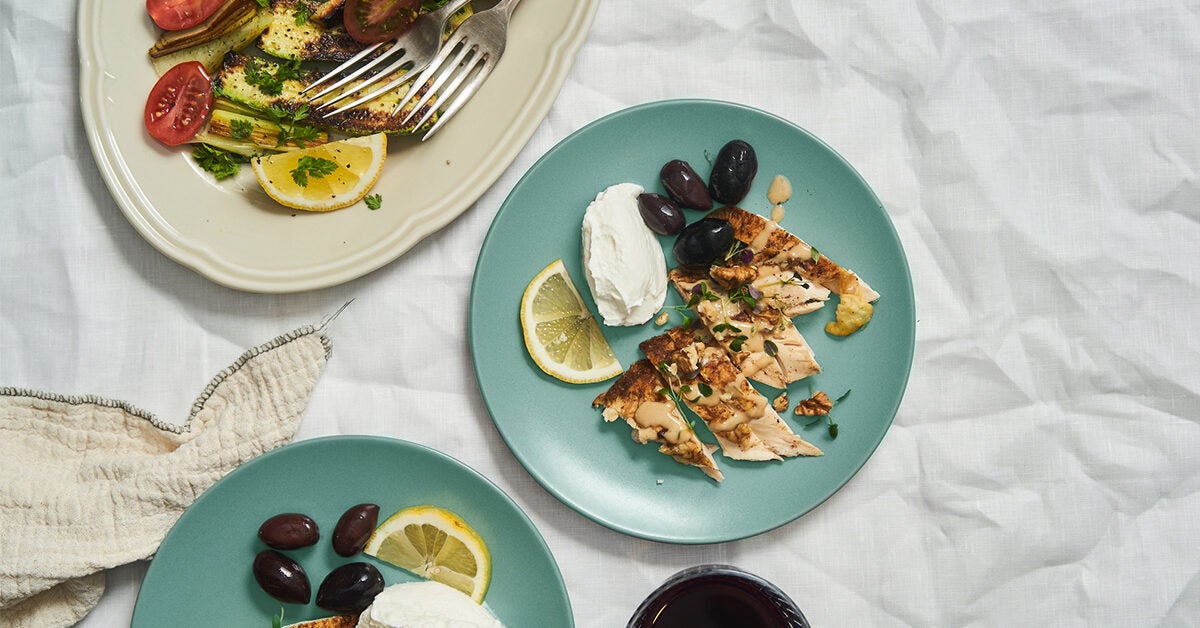