Your body goes through significant changes through pregnancy and when you are postpartum. Body changes and weight gain are normal and necessary during this time.

While there is no rush to lose any weight that you gained, you may be curious about a new diet while nursing, to promote weight loss or manage a health condition.

Keto, or the ketogenic diet, is a popular diet that has helped many people lose weight and manage blood sugar. It’s a low carb, high fat diet designed to help you enter ketosis, a metabolic state where your body burns fat instead of carbs for energy ().

While you may be tempted to try this diet while nursing your baby, there are some potential risks to be aware of before you go ahead.

This article reviews the effects of the keto diet on nursing and offers some alternative diets to try.

To date, there hasn’t been much research on following a keto diet while nursing. As such, we can only rely on a few case studies published in medical journals, alongside anecdotal experiences of people who’ve tried it.

Personally, although I follow the keto diet, I wasn’t able to maintain it while nursing.

I found it too difficult to eat enough calories and drink enough fluids to keep my milk supply sufficient. Plus, I often felt lightheaded or nauseous on days when my carb or calorie intake was too low.

Ultimately, trying to follow a keto diet ended up being a major source of stress, so I chose to include more carbs in my diet until I finished nursing.

Some people report that they are able to eat a keto diet while nursing, while others say it’s too difficult to stick to the diet and maintain a high enough milk supply. Keep in mind that studies are lacking.

A major concern for many people who are nursing is how their diet may affect their milk supply and quality.

Your body needs a certain amount of both calories and fluids to produce enough milk to sustain your baby. Therefore, it’s important that you don’t go for any diets that are too restrictive.

Because keto is rich in protein and fat, it can be extremely filling, potentially making it difficult to get enough calories to produce milk for your baby and remain healthy yourself.

It varies by person, but calorie needs are higher when you’re nursing. Sedantary nursing women need at least 1,800 calories per day, but those who are active need closer to 2,400 (, ).

Additionally, being in a state of ketosis — where your body burns fat instead of carbs — increases your fluid needs. This can increase the risk of dehydration, even for people who aren’t nursing ().

Combined with the extra fluid requirements you have while nursing, it can get even harder to stay adequately hydrated. If you become dehydrated, you may notice your milk supply rapidly diminishing ().

Anecdotally, many people who nurse on a keto diet report needing to drink at least 1 gallon (4.5 liters) of water per day to maintain their milk supply.

When it comes to milk quality, limited evidence suggests that breastmilk produced by someone on a keto diet is higher in fat and calories than breastmilk from someone who isn’t. Therefore, the baby may not need to drink as much to get the calories they need ().

Keep in mind that more research is needed to better understand how keto may affect breastmilk production and quality. Regardless, it remains vitally important to your nursing success that you eat enough calories and drink enough fluids.

Keto may make it easier for you to get dehydrated, which is already a risk while nursing due to your increased fluid needs.

There have been several reports of a condition called ketoacidosis occurring in nursing women on keto diets ().

Ketoacidosis is characterized by high ketone levels and changes in blood gases that make the blood too acidic. It’s serious and warrants immediate medical attention. It can cause shortness of breath, nausea, vomiting, poor appetite, abdominal pain, or chest pain (, , ).

Ketoacidosis is rare, especially in people who don’t have diabetes. Still, it is a risk worth considering for nursing mothers following a ketogenic diet — especially if you have any pre-existing medical conditions.

If you’re planning to try keto while nursing, it’s important to work with a doctor who can monitor you closely for signs of this condition.

You should also see an International Board Certified Lactation Consultant (IBCLC) who can coach you on ways to maintain your milk supply.

If you have diet-related questions, talk to your doctor or work with a registered dietitian (RD) who specializes in nutrition or low carb diets.

Unless your doctor advises you to follow the keto diet to control a medical condition while nursing, this diet isn’t generally recommended for those who are nursing.

Once your baby is weaned, you can return to or start keto if you so desire.

Nursing while on keto increases your risk of developing a serious condition called ketoacidosis. If you’re going to try keto while nursing, you should work closely with your doctor or a lactation consultant.

Here are some other diets that may be safer for nursing women. They may still help you lose weight but come with a lower risk of jeopardizing the milk supply, promoting dehydration, and causing ketoacidosis.

It’s rich in whole grains, healthy oils like olive oil, fish and shellfish, and lots of fruits and vegetables.

One study found that the children of women who nursed and consumed a Mediterranean diet had lower rates of childhood asthma and other inflammatory diseases ().

Another study found that women who adhered to a Mediterranean diet during pregnancy and nursing gained less fat while nursing ().

A low carb diet can contain up to 130 grams of total carbs per day, which is much more than the strict limits of the keto diet ().

Low carb diets may offer similar benefits to keto, as they also help your body burn some stored fat for energy. Plus, they carry a lower risk of ketoacidosis because they allow more carbs.

If you’re used to a keto diet or intend to transition into one after you’re done nursing, a low carb diet might be a good choice.

Paleo is based on eating only high quality, unprocessed foods, while avoiding grains, added sugars, dairy, and legumes. The diet is based on what our paleolithic ancestors may have eaten.

A paleo diet tends to be lower in carbs than most other diets. Still, it’s not as carb-restrictive as keto or low carb diets because you can enjoy potatoes, sweet potatoes, fruit, and honey.

Diets that may be more sustainable while nursing include the Mediterranean diet, a low carb diet, and the paleo diet.

Limited published research has examined the effects of the keto diet on nursing.

Some people report that they easily stuck to keto while nursing with no interruptions to their milk supply. Others state that this diet was too difficult to follow while maintaining their milk supply and good health.

It’s important to be aware that following keto while nursing may increase your risk of a serious condition called ketoacidosis. Less restrictive eating patterns like Mediterranean, paleo, or low carb diets may be a better choice while you’re nursing.

If you still want to try keto while nursing, make sure to work with your doctor or a lactation consultant.

Which Fitness Mirror Is Right for Your Home Gym?

Sat May 14 , 2022
Home gyms have gotten a serious upgrade from the days of your dad’s old bike-and-dumbbells setup in the garage. Next-level workouts no longer require bulky equipment taking up too much square footage. The future of home fitness is here—and it looks good.  Today, sleek, high-tech, and uber-functional fitness mirror home […] 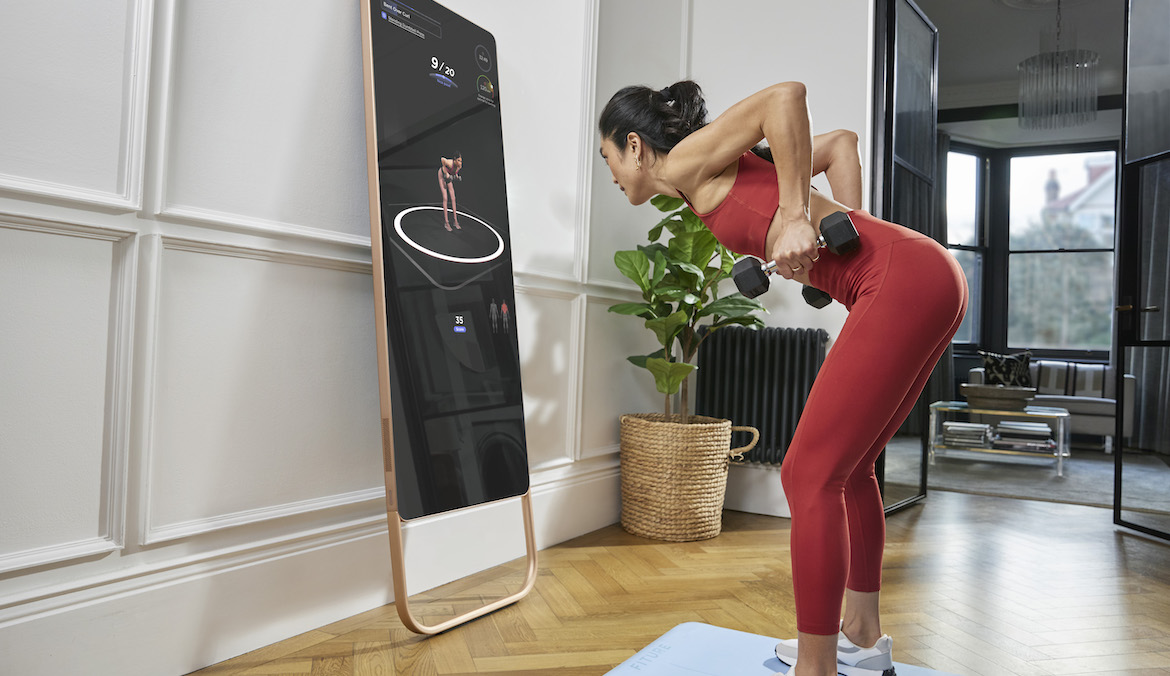